inShaChanges to the way we approach education are also peppered throughout the various innovations and advances. iPads revolutionizing the textbook economy, high speed internet shrinking the world and even the incorporation (successfully, even) of mobile into the classroom. Even if it is  basically impossible to know what to expect for 2013 as they say themselves. Edudemic anticipates five trends for 2013: 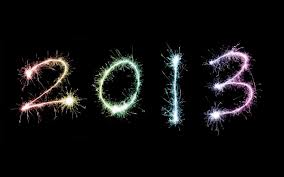 The list can be contiuned with ( a mix from my networks):
1. Mobile
2. Personalisation
3. Video
4. Integration
5. Bring your own device
6. Social learning 7. Gamification
8. Learner analytics
9. Performance support
10. The evolving role of L&D
11. The badge movement


Trends for 2012 was highlighted both by Hack Education and Tony Bates as below. Most of them have really been a hype as for example MOOC and the flipped classroom


Top Ed-Tech Trends of 2012 Hack Education by Audrey Watters
1. The Business of Ed-Tech
The most notable ed-tech trends was: iPads, Khan Academy, social media (the good and the bad), online learning, and MOOCs
2. The Maker Movement
Why Maker Faire? Why make? In his talk at Maker Faire this spring, Mythbusters' Adam Savage explains:


3. Learning to Code
Codecademy encouraged people to make this the year they learned to program. Sign up for an email newsletter, the startup said, and it would send you one a lesson from the Codeacademy site per week for the entire year
4. The Flipped Classroom

Flipping the classroom is hardly new. But with all the hype surrounding both Khan Academy and MOOCs, it’s hardly surprising that the practice became incredibly popular this year.
Indeed, in his 2011 TED Talk (which has been watched over 2 million times on YouTube), Salman Khan talked about the ways in which his videos are used by teachers to “flip the classroom. Flipping the classroom also became part of the argument that Coursera co-founder Daphne Koller makes about how massive open online classes or MOOCs ( another huge ed-tech trend of 2012) will change the offline university experience.
5. MOOCs

Massive Open Online Courses. MOOCs. This was, without a doubt, the most important and talked-about trend in education technology this year. Audrey Watters describes a brief timeline of the what the New York Times has called “The Year of the MOOC”:
6. The Battle to Open Textbooks

As for the other trends as well textbooks and libraries goes open. Of course there are many reasons for that, costs, accessibility,  culture of sharing etc. Despite this movement there is the battle with publishers.
7. Education Data and Learning Analytics

Audrey Watters said already in 2011 that more and more of our activities involve computers and the Internet, whether it’s for work, for school, or for personal purposes. Thus, our interactions and transactions can be tracked. As we click, we leave behind a trail of data–something that’s been dubbed “data exhaust.” It’s information that’s ripe for mining and analysis, and thanks to new technology tools, we can do so in real time and at a massive, Web scale. There’s incredible potential for data analytics to impact education. The trends with edcuational data and learning analytics  were increased fro 2012 and will so do for 2013 as well.
8. The Platforming of Education
Platform use to be referred to everything from software to hardware, from applications to operating systems, from websites to the Web and the Internet itself. In tech-marketing-speak, “platform” is often meant to invoke greatness or aspirations thereof.
9. Automation and Artificial Intelligence
It was Thrun’s Artificial Intelligence class offered in the Fall of 2011 that’s often credited for the whole MOOC craze
10. The Politics of Ed-Tech

Besides the top ten list Audrey Watters is aslo mentioned the student (youth) voice; #Occupy; BYOD (bring your own device); gaming; badges and credentials; the globalization of ed-tech; cheating; crowdsourcing and crowdfunding.


Tony Bates predicted for 2012
He also refered to tehe blogpost by Watter and also stress that MOOC, tablets, lerning analytics and disruptive education  maybe are some of the most   important.
Posted by Ebba Ossiannilsson at 6:34 AM 5 comments:

This year is Creative Commons’ 10th Birthday! Started Friday, December 7, was launching into a 10-day frenzy of celebrations leading up to 16 December – the day the first CC license suite was launched in 2002.The celebrations was wide ranging, including more than 20 celebrations worldwide, a dedicated website (http://10.creativecommons.org), with interviews and featured resources, a social media campaign and the usual annual fundraising campaign. 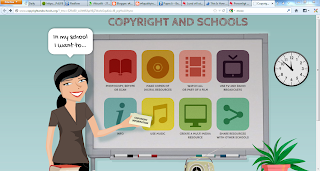 D
There are  many very nice videos and information resources on how to use cc. Besides the ones from creative commons this was one which I found very instructive. It is about copyright and schools and how to do very concreate when you would like to use different kind of online resources. CommonCraft has produced another one, which is very much of interest.


One can easily underatand why teachers are not very found or excited of allowing recording or mobiles in classrooms, especialyy when you have to face how students are takong notes nowadays. The photo shows students taking pictures with their smartphones of a projection screen. It doesn’t get much more ‘connected’ than that to be sure. Do your students use their camera phone to snap photos for note-taking purposes? Would you encourage or discourage this type of behavior? Maybe a matter of conscience

Posted by Ebba Ossiannilsson at 10:15 AM No comments: